Art Paris was the first modern and contemporary art fair to take place in the Grand Palais Éphémère in September 2021.

The Grand Palais Ephémère, a provisional 10,000-m2 building conceived by the Réunion des Musées Nationaux – Grand Palais, the City of Paris and Paris 2024 (Olympic Games Committee), will be located on the Champ-de-Mars until the end of the 2024 Paris Olympic and Paralympic Games. It is designed by the firm Wilmotte & Associés and built by the company GL events.

During the renovation of the Grand Palais, this structure will host the major art, fashion and sporting events usually held in the Nave, such as Art Paris, the Saut Hermès and the Chanel fashion shows, as well as cultural and art events created by the Rmn – Grand Palais.

Holding these events in a central, prestigious space in the capital during the renovation works at the Grand Palais will ensure their success, as well as preserving the role of Paris as world capital of art and culture.

Located on the Plateau Joffre on the Champ-de-Mars, the Grand Palais Ephémère is written into the history of this site, recalling the place it occupied during the great Universal Expositions of the 19th and early 20th centuries. The architectural choice of a curved double-vault framework confers on the building a scale and presence in keeping with the Champ-de-Mars and blends seamlessly into this prestigious venue.

With the Grand Palais Ephémère, the ambition of the Rmn – Grand Palais and Paris 2024 is to propose a model that is exemplary in terms of simplicity and environmental responsibility, and emblematic of the cultural, environmental and sporting aspirations of our time. Its architecture and design, together with the international events it will host, combine to express this ambition. 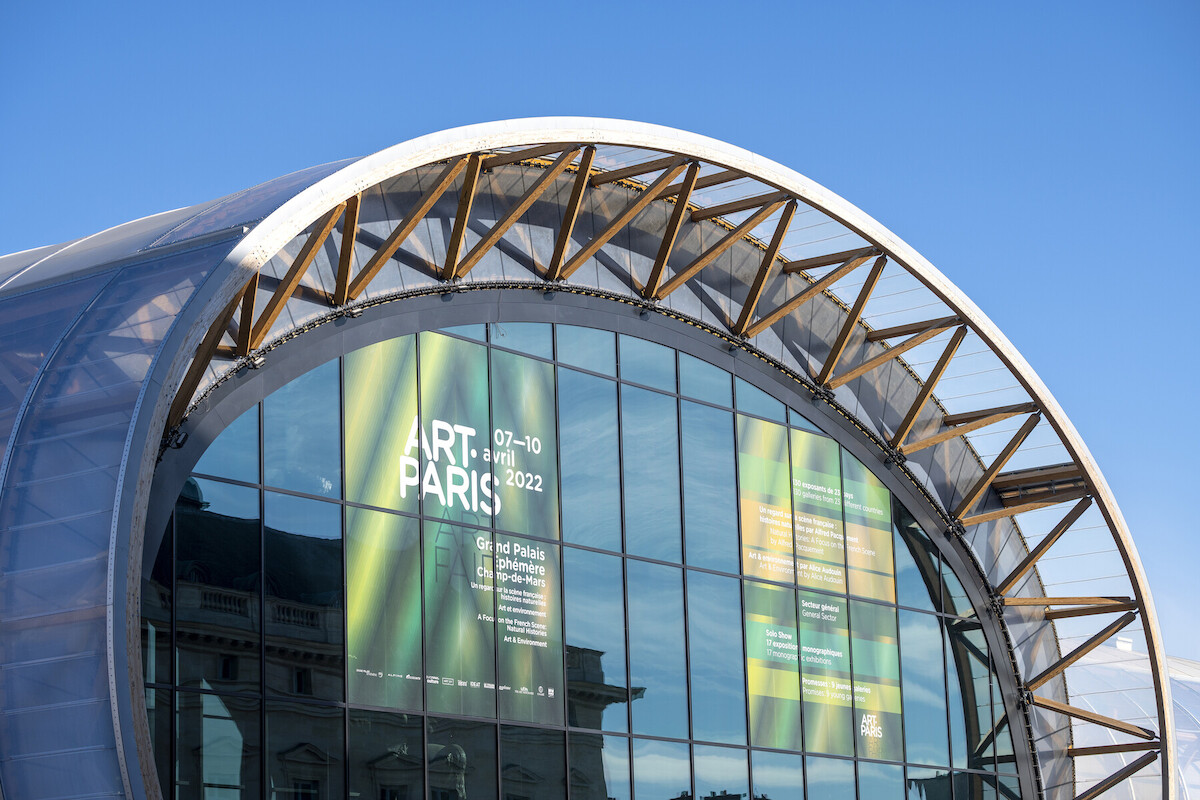 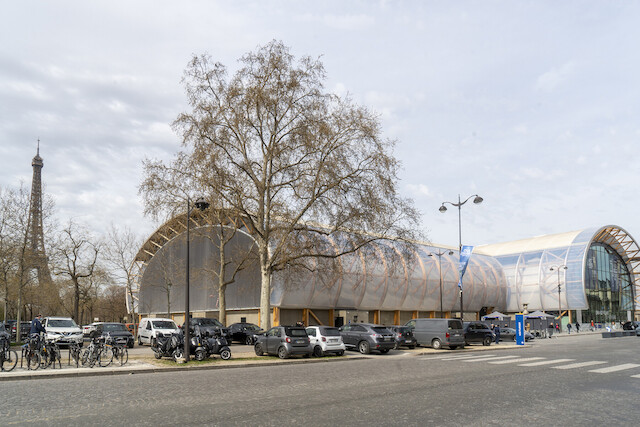 Businesses, buy your work through a lease-purchase agreement

Spread the payment of your artwork over 13 to 60 months and reduce your corporation tax by deducting leasing from your taxable income.

Calculate and adjust your monthly payments and estimate the tax exemption gains generated by art leasing.

*This simulation is offered to you for information only, and does not constitute a contractual proposal, which can only be communicated to you after study and validation of your financial documents by our partner.